Low Glycemic Foods, hype or not?

Which foods are low glycemic foods and how does one figure out glycemic levels?

The glycemic index rates carbohydrate foods on their effect on the body's blood glucose levels. It is important for everyone and especially those with: 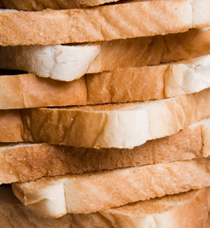 To figure out low glycemic foods in North America, the glycemic index is compared to white bread, which is given a GI of 100. In Europe they are compared to glucose.

Another measurement that is used is glycemic load. This tells us how rapidly a carbohydrate turns into sugar and how much of the carbohydrate the food contains.

What happens when you eat foods that are high on the glycemic index?

The food releases glucose rapidly producing high blood levels of glucose. The pancreas secretes insulin to regulate glycemic levels. If this happens too often then the cells become overloaded and can not respond to insulin and take in the glucose. Just like a drug dependency the cells become "insulin resistant." They require higher levels of insulin in order to get the glucose into the cells.

When all the glucose reserves are full, excess glucose is converted to fat.

In a study of the high glycemic phenomenon, young boys were given the same amount of calories for breakfast. However one group had instant oatmeal and the other group had a vegetable omelet and fruit. They were given either a low glycemic or high glycemic lunch of equal calories.

Following the noon meal both groups were allowed to eat as much as they wanted. The high glycemic group ate over 80% more calories than the group that ate the low glycemic meals. To ensure there wasn’t any difference between the groups, the researchers switched the meals between the two groups and had the exact same results.

The natural craving for more food and higher glycemic foods was created by the type of food, not the number of calories!¹

I find this study fascinating, and proof of how detrimental it is to eat a lot of refined, packaged foods. They make you eat more!

Of course this makes total sense, filling yourself up with protein and healthy, nutritiously dense foods, you will be full and satisfied a long time. and then you won't eat as many unhealthy snacks in between meals which is what puts the weight on. It's what I help my clients do an is why I have such huge success with my clients weight loss.

We are a carb addicted - low glycemic foods addicted society

In his excellent book, Healthy For Life , Ray Strand MD, mentions, "What you have always considered as a lack of 'will power' when you have been trying your hardest to diet is in reality a natural craving (for high glycemic foods) that cannot be suppressed."²

The food industry is doing everything it can to ensure that you stay addicted to sugar, adding it into everything, disguising it in so many forms. Even sugar free gum is usually sweetened with a sugar alcohol like xylitol, which is still a sweetener.

Checking the glycemic index of foods can help you in making better choices towards more healthy foods.

BUT...It is important to note that...

GI is calculated by eating foods alone and we almost always eat foods together.

This is the game breaker! 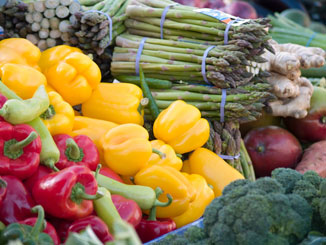 If you want to follow a glycemic diet, how do you choose low glycemic foods?

Many of my clients tell me they are trying to avoid carrots or bananas because they believe they are too high in sugar. Wrong! A good rule of thumb, if it grows it is good for you! If it's packaged and processed, it is not good for you.

If you need some help with weight loss following your body type plan is the best way to drop the pounds and keep them off.